World's 8 richest men are worth as much as 3.6 billion people 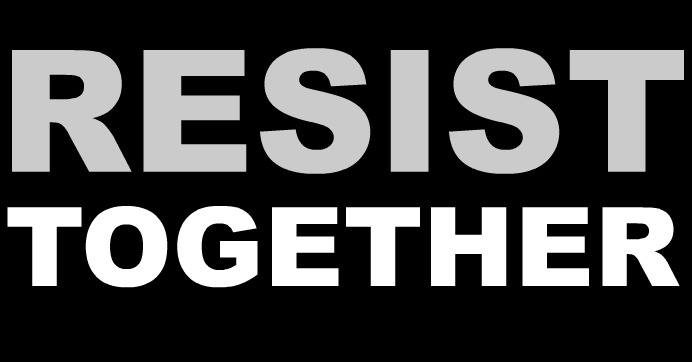 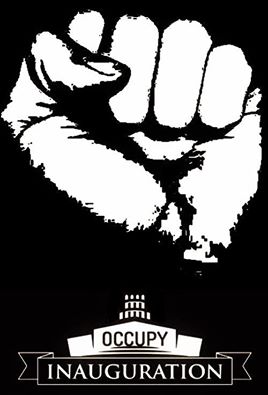 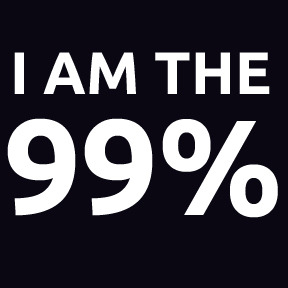 Thank you to: The Indigenous #NoDAPL Coalition, YES! Magazine

Whom to call, what to donate, and where to show up.

he Black Snake is not yet dead. Far from it. The corporations behind the Dakota Access pipeline made it clear that they “fully expect to complete construction of the pipeline without any additional rerouting in and around Lake Oahe.”

The winter camps will stand their ground as long as DAPL construction equipment remains on Oceti Sakowin treaty land. We can all continue to support them by emailing or calling the U.S. Army Corps of Engineers comment line at 202-761-8700 to ask when it will open the Environmental Impact Statement process to public comment. We can also keep pressure on the banks to divest with our international campaign to #DefundDAPL.

But while international attention has been on the Standing Rock Sioux and the #NoDAPL struggle, the Obama and Trudeau administrations have approved several other pipeline projects slated to run across indigenous territories from Canada to the U.S. and Mexico. The struggle to protect sacred lands from climate change, toxic pollution, and the fossil fuel industry continues to rage around the world.

In the year ahead, it is our hope that the energy and love we have received in our struggle against the Dakota Access pipeline can also be extended to other indigenous communities in their local battles. Here are ten struggles you could consider donating to, volunteering time for, or supporting in other ways:

In May 2016, the Obama administration approved two pipeline projects by Energy Transfer Partners, the same company behind DAPL. The Trans-Pecos and Comanche Trail pipelines would carry fracked gas from Texas into Mexico, where it will supply the Mexican energy grid. The Two Rivers camp is a resistance camp being erected in the face of the Trans-Pecos pipeline. Support their legal defense fund and camp fundraiser. Or support the efforts of No Trans Pecos Pipeline, the Big Bend Conservation Alliance, and the Frontera Water Protection Alliance as they organize against these pipelines.

The Algonquins of Barriere Lake have set-up a land protection camp at a proposed mining site in the heart of their territory, where core sample drilling for copper is scheduled to begin at any time. They have been camped for weeks to protect the headwaters of the Ottawa River, which could have catastrophic downstream effects if mined. The staked area is abundant with lakes, wetlands, and waterways and is also a crucial hunting and fishing area for Barriere Lake families. See their urgent call to action here and donate to the campaign or get involved here.

The Sabal Trail pipeline, a 515-mile natural gas pipeline project, is being constructed from Alabama to Georgia to Florida. It threatens one of the largest freshwater aquifers in the world. The Sacred Water Camp and Water Is Life Camp are ongoing camps in need of supplies, experienced organizers, and other people. A mass civil disobedience event is being held in Florida. Get in touch here or donate to support the camps. Also support the organizing efforts of the SPIRET Foundation and Bobby C. Billie, one of the clan leaders and spiritual leader of the Council of the Original Miccosukee Simanolee Nation Aboriginal Peoples, in their efforts to hold regulatory agencies accountable for support of the pipeline. Contact organizers Shannon Larsen or email Beth Huss. Keep up to date with events with all groups statewide at the Water Protector Alliance calendar.

The massive Line 3 pipeline project approved by Canada’s federal government is designed to transport tar sands oil from the mines of Hardisty, Alberta, to Superior, Wisconsin, through the heart of Anishinaabe territory and some of the most beautiful lakes and rice beds in the world. The Assembly of Manitoba Chiefs is challenging the Trudeau government's approval of Line 3. Follow and support Honor the Earth’s work, learn about ongoing resistance to Line 3, and follow community members’ opposition to the pipeline here.

Canada Prime Minister Justin Trudeau also recently approved the expansion of Kinder Morgan Trans Mountain pipeline, which would transport tar sands oil from northern Alberta to the British Columbia coast. The Sacred Trust is an initiative of the Tsleil-Waututh Nation and a mandate to stop this project. You can donate here through RAVEN (Respecting Aboriginal Values and Environmental Needs) or Join their mailing list to follow this campaign and receive updates.

The Ramapough Lunaape Nation, a community in the Ramapo Mountains currently face the threat of the Pilgrim pipeline, which would transport Bakken crude oil from Albany, New York, to Linden, New Jersey. Meanwhile, Spectra Energy continues to expand its pipeline network so that more fracked natural gas can be transported and ultimately exported out of the country. Read about the history of the Ramapough Lunaape here, follow the developments at Split Rock Prayer Camp, and follow ongoing efforts to resist continued Spectra expansion with the FANG Collective and Resist Spectra.

The Petronas/Pacific Northwest Terminal is a proposed liquefied natural gas plant on traditional Lax Kw'alaams territory Lax U'u'la (Lelu Island) at the mouth of the Skeena river near Prince Rupert, British Columbia. Plans call for a 48-inch diameter submarine pipeline to be dredged into estuary sediment to supply fracked gas from Treaty 8 territory. Ten Indigenous nations and 60,000 people in the Skeena watershed rely on fish there for food, commercial fishing, and cultural identity. The Lelu Island Camp has been set up on Lax Kw'alaams traditional territory to stop this terminal from being built without consent.

In 2017, Bold Louisiana, a nonprofit organization that mobilizes alliances to protect land and water in Louisiana, will focus on stopping the proposed Bayou Bridge pipeline in a state that is experiencing climate devastation and coastline loss at an average rate of one football field of land every hour. This pipeline, a sister and end point to the Dakota Access pipeline, would run from Lake Charles to St. James, Louisiana. Support their efforts, follow their progress, or go to Baton Rouge to  disrupt the Bayou Bridge public hearing on January 12.

Arkansas Rising is a collective of guardians working through direct action to stop the Diamond pipeline, a 20-inch diameter pipeline that would run 440 miles from Cushing, Oklahoma, to Memphis, Tennessee. The pipeline would cross more than 500 waterways, including five major watersheds. Construction has already begun. Donate to their efforts here.

The Atlantic Sunrise pipeline is a proposed high-presure 42-inch diameter pipeline to carry fracked gas from Marcellus Shale to U.S. markets to the south. Members of Lancaster Against Pipelines and supporters have built a blockade, nicknamed “The Stand,” on a farm in Conestoga in Lancaster County in the path of a proposed route. They are refusing to grant right of way to the project and have said they will occupy it if construction begins. Visit the Clean Air Council for more information, find the schedule for public input here, and keep an eye out for an upcoming mobilization at Pennsylvania Against Atlantic Sunrise. The Sunoco Mariner East pipeline is a proposed natural gas liquid pipeline that would cross four states. The construction permits for the pipeline could be granted any day.  Stay updated at Juniata Watershed People Before Pipelines. Energy Transfer Partners and Sunoco Logistics are parent corporations of the Dakota Access pipeline and will be merging in the first quarter of 2017.

Support the long-running campaigns of Protect Mauna Kea on the Big Island of Hawaii, the Unis’tot’en Camp in British Columbia, and Saving Oak Flat! at the San Carlos Apache Indian Reservation in Arizona.